How Dangerous Are Fire Ants in Plano, TX?

It’s happened to many of us. You pick the perfect spot for a picnic or a bit of outdoor relaxation, and then all of a sudden you feel intense, shooting pain. So you look down and sure enough, it’s clear you’ve run afoul of the local fire ants.

Fire ants are a common pest infestation throughout the United States. But can they pose a genuine threat to humans?

To find out, let’s take a look at what these pests are, the effects their bites can have, and why they can cause so much trouble.

What Are Fire Ants?

Common fire ants are an aggressive invasive species that take their name from their painful sting. Native to Brazil, they can now be found throughout the southern and western United States.

They’re a reddish-yellow color, helping to contribute to their name. They’re also known for their large nests. An established fire ant mound will be flat, irregularly shaped, and up to two feet high and three feet across in size.

The size of their nests and how aggressively they respond to threats make them a problem for homeowners and agriculture alike. Left unchecked, they may establish up to 50 full-sized mounds over a single acre. For that reason, strong and rapid treatment is often ordered whenever a mound is found.

Are Fire Ants Dangerous to Humans?

Unlike sugar ants and other species that are harmless nuisances, fire ants are defined by a potent defense mechanism. Though they’re referred to as fire ant bites, in reality, they’re armed with a stinger that dispenses a painful venom.

One sting will be unpleasant, but not a major cause for alarm for most individuals. The problem is that fire ants tend to respond to disturbances en masse. It’s not uncommon for a victim to receive several or even dozens of stings in one incident.

Exposure to fire ant venom in those quantities can severe pain, dizziness, confusion, vomiting, and even hallucinations. Small individuals, children, and household pets are at a greater risk of experiencing intense symptoms.

Recent testing of fire ant venom shows that it has neurotoxic properties, combined with other toxins to help the venom spread more readily. This would help explain some of the more severe effects like hallucinations.

Most at risk are the 2% of people with an allergy to fire ants. In some cases, a single sting can trigger anaphylaxis in a matter of minutes.

Controlling Them Before They Control Your Property

Though seen looked at as a mere nuisance, fire ants can pose a measurable threat to pets and humans. In particular, vulnerable individuals like children or those with allergies.

Worst of all is how well they can dig in if they find their way onto your property. Once established, a colony can survive for decades.

That’s why to get an infestation under control, you need to be as aggressive with your pest control. If fire ants are menacing your home here in Plano, reach out to us to take them out before they take over your lawn.

Is There a Best Time of Year to Lay Lawn Fertilizer?

Cultivating a healthier, greener lawn is far more important than just aesthetics. A lawn that's in good shape is a lawn that's safe for your kids to play on, keeps your HOA happy (if you have one),... 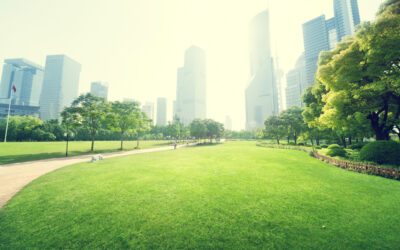 This Is How to Choose the Right Lawn Fertilizer

Ah, springtime. The period of blooming flowers, flowing pollen, and renewed life...except your lawn seemed to have missed the memo. Has this past winter wreaked havoc on your lawn? After the... 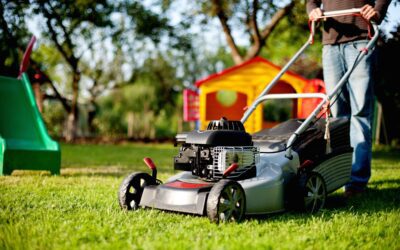 How Often Should You Cut Your Grass?

Did you know that grasses make up 26 percent of the plant life on Earth? It's essential to understand the grass type you have in your yard and how to take care of it. The grasses in the northeast...